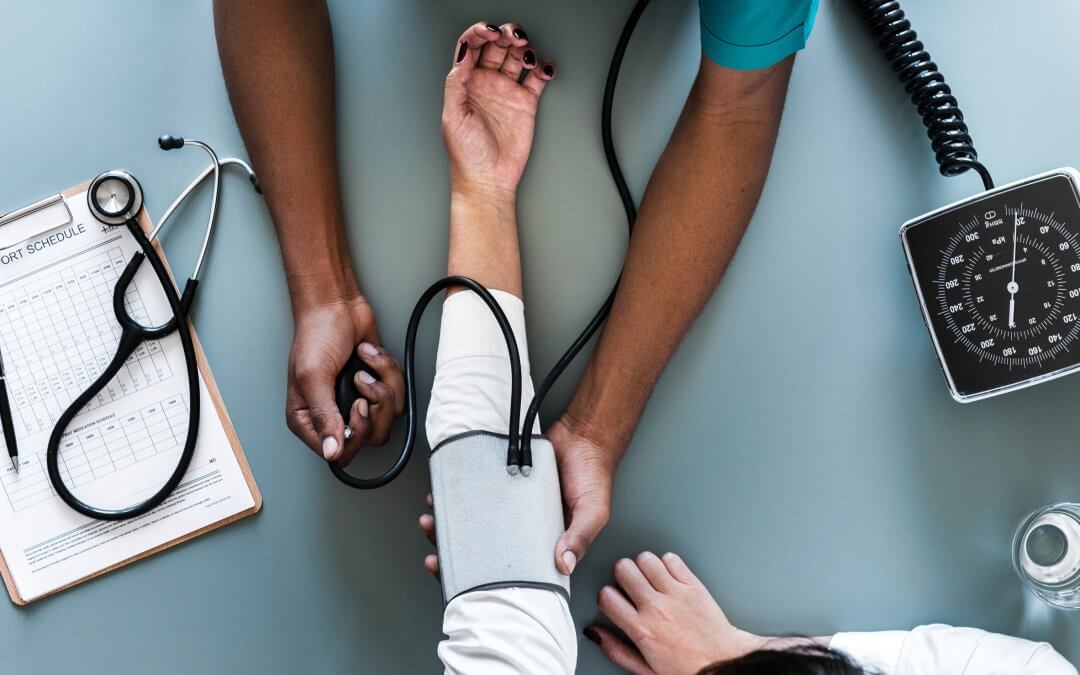 Over the past few years, we’ve talked a lot about the process of getting your Driver CPC. It’s not exactly a short process, and there are a lot of steps involved in achieving it. Just one of those things is passing a medical exam, to make sure you’re healthy and fit enough to be in charge of a large, heavy vehicle. In this post, we wanted to take a closer look at the medical exam, what’s actually involved in it and what sort of things you need to be aware of going into it. So without further ado, let’s get into it!

If there’s one thing that’s important for an HGV driver, it’s our ability to see. Without good eyesight, you wouldn’t be safe on the road, and you wouldn’t be able to find your way to your delivery points! Thankfully the guidance on what is acceptable eyesight is pretty clear – and it’s the same as a traditional driving licence. You have to be able to read a licence plate from 20 yards away. It doesn’t matter if you need glasses or contacts to achieve this either – but your prescription can’t be higher than +8, and your field of vision needs to be higher than 160 degrees. As long as you fall inside those parameters, you’re ok. And if you’re not sure, just ask your optician.

Epilepsy isn’t an uncommon issue – it’s something that affects 1 in 26 people worldwide. But it is something that has a major impact on your ability to drive a normal car, let alone a HGV. Just like with a standard driving licence, you have to be able to prove that you’ve been seizure and medication free for at least 5 years. This is the same whether you suffer from major seizures or minor auras – 5 years free is the point when epileptic seizures are considered minimal risk.

No one likes to think about having heart problems, or how it could affect your work. The good news is that a heart condition isn’t an automatic ban. But it’s still something you need to be aware of, and make the examiner aware of. Anything from angina to atrial fibrillation and even blackouts. However, there are a few exceptions – for example you can’t drive at all (let alone professionally) for 3 months after having heart bypass surgery, or within 12 months of a stroke or period of unexplained unconsciousness.

Diabetes is another chronic condition that affects a huge number of people in the UK. Around 9.5% of the population to be exact. It’s so common and simple to manage that it isn’t going to stop you becoming an HGV driver, but it does mean you’ll need to do a little extra paperwork before you can become qualified. You will need to do twice-daily glucose tests for a set period of time, and if you have insulin-treated diabetes then you will also need to have your most recent 3 months of glucose readings stored on a personal meter, with a memory, ready to produce on request.

Brain issues are where the medical issues go from ‘grey area’ to ‘very black and white’. Any issues with your brain are likely to cause problems with your judgement, critical thinking, reaction speeds and cognition skills – all of which are pretty important for an HGV driver. If you’ve had brain surgery or a brain injury, it’s highly unlikely you’ll be able to drive professionally at any point now or in the future. Of course, each case is unique, but in most cases any kind of brain trauma, injury or surgery will rule you out at a medical stage.

Sleep issues and drowsiness are killers on the road. Tired drivers claim more lives than drunk drivers every single year, which is why we put such an emphasis on making sure our drivers are never driving tired. If you have no issues with sleep, you will probably breeze this section. But if you have issues with sleep apnoea, narcolepsy or other sleep issues, these might cast doubt over your abilities to drive safely. The same goes for if you’re taking any medications that cause drowsiness.

The medical exam for HGV drivers will look at many other things, but these are some of the major categories that our drivers worry about before they go into the medical. The important thing to remember is this – none of these things, or any other condition, mean that you have an automatic ban on driving HGV’s. It simply means that you need to fall within a set of rules designed to keep drivers, other road users and cargo safe. You don’t have to be in peak physical condition – just reasonably healthy and safe behind the wheel.